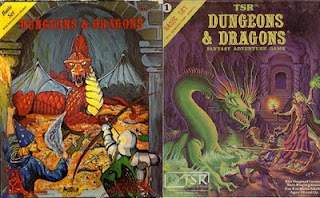 That's just interesting as hell. Thanks for posting it!

Fascinating. Thanks for posting this!

Interesting to see the author of one version review the later version.

This made my day - incredibly interesting read and an invaluable piece of the puzzle that is our hobby. Thank you for posting this!

I love this sort of thing. Those were the books I had learned how to play from so it is nice to know some of their history.

Glad you found it as interesting a read as I did! It is interesting to note this article and Moldvay boxed set article are in the same issue right by each other.

Very cool, thank you! Now I'm going to have to compare the MM vs. Moldvay to see what monsters were included in the latter that weren't in the former.

Wow, thanks for posting this! I'm a little shocked that, if Holmes had had his way, Basic D&D wouldn't use Vancian spellcasting!

Excellent read. Thanks for posting it. I never noticed that OD&D omitted the rule about magic-users forgetting spells; I'll have to reread that.