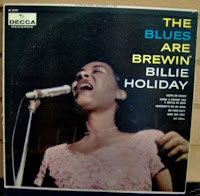 I walked the show floor in between meetings with distributors yesterday, and it took about 20 minutes.  So I walked it a few times and here's the trends:

1) Board games are back: Most booths were offering various board games.  This is the strongest growing market segment for hobby stores currently, and the manufacturers are putting out a lot of stuff this year!  Most dominant game form at the show.

2) Card games: Living Card games (Fantasy Flight) or self contained deck building card games (Dominion, Race for the Galaxy) are the new card trend. AEG's Thunderstone was a surprise hit and more are on the way.

3) A Winnowing of CCG's-there are 3 AAA players in the industry really and then there are a few fighting for some placement and recognition, but nothing stood out and most retailers limit the CCG's they carry now.

4) Minis-yup still there, nothing innovative or new

There were even fewer manufacturers showing, and what appeared to be even fewer retailers attending.

So in my meetings I asked distributors about the RPG market. To a man (and woman) they said it was a non factor in their business, simply an offering for completeness, but a limited offering at this point.  $th edition D&D is steady but slow, then the FFG 40k RPG is okay, their new warhammer RPG game was not very strong, Green Ronin, Pathfinder, C&C, are all low and slow.  So I asked why?

1) Most often the distributors said the release of rules in PDF or worse, free, means they (distributors) not only don't need to carry RPG's-but SHOULD NOT carry them any longer.

2) MMORPG's and console games are more accessible and easier to get into with less hassle. One guy and a computer in his home versus gathering 4 or more people and hosting them at your house for 4-5 hours.

3) Board/ card games are a quicker game fix and easier to get people to try.

Answer #1 for RPG's is probably the reason why the RPG will continue to decline.  When items become "on demand" then it changes the way we as consumers expect to consume them.  So RPG's at retail are on a slow steady decline.

So are videos (hello Netflix, goodbye Blockbuster) and Video games are the next to go.  Anyone remember Suncoast video stores? Memo to Gamestop, the bell tolls for thee!

Already most Gamestops carry (if any) a tiny amount of PC games, because you can just download them.  Probably with the next generation of home consoles, the same could happen for their games.  Then there are no reasons to buy new games at retail...and no more used games to trade in...so goodbye Gamestop.

How about iPod and the Music Retail store industry...they collapsed ages ago.

The Kindle is the canary in the coal mine for books and comics.  Once a full color version comes out at $299 with a 10 hour battery life...goodbye book stores and comic stores as I can download what I want, anywhere I am, any time I want!  Color is the key-especially for comics, children's books, and art books.

There is a fundemental shift occuring as technology makes access, portability, and our expectations as consumers change.  It does not mean the complete disapearance of Books, CD's, Video game discs, or RPG books, it just means they could well become antique, specialized curiosities like Record Players.  In fact the OSR movement may well be the first wave of this antiquism. My wife and I collected all of Billie Holiday's LP's which we still love to listen to in the summer with a tall cool drink while I BBQ...is that any differnet then my collecting early D&D stuff then playing on a Saturday night with a group of late 30 and 40 somethings?
Posted by Fenway5 at 6:45 AM 6 comments:

So I am in Las Vegas this week for the GAMA trade show.  I'm interested to see how many manufacturers are here this year, and to see if more or fewer retailers are attending.  About 3 years ago the show took up 2 big show room floors.  Then it went to 1.5, and last year it was just one floor.  So fewer manufacturers are probably in the market or at least willing to spend on attending.

Clearly the sinking economy is one issue, but that's tough when numbers came out saying hobby game sales were actually up as reported in an article on ICV2:

Game sales in hobby stores were up from 5 to 10% in 2009 despite hte worst economy in generations, according to a report in the new issue of Internal Correspondence (#70).  The growth was driven by a huge resurgence in Magic:  The Gathering Sales and by board game sales up by double digit percentages.  Yu-Gi-Oh! and the return of HeroClix also helped support improved sales.  Non-collectible miniature sales were down a little, and RPG sales were down around 10% in 2009.

That's not a huge surprise as people tend to look for more value in a difficult economy.  Thus a $30 board game can be played multiple times with the family versus a video game at twice the cost and in general is a one or 2 player experience.  Speaking of that RPG's then should be the ultimate value as they should be relatively inexpensive ($20) and other than adding dice all you need is paper, pencil and imagination. Yet RPG sales are one of the few declining categories.  I have my own theories on this but suffice to say the hardback college biology sized rules texts don't exactly say "fun" nor "easy to learn"  I often wonder if RPG's would have exploded had they been delivered in their current format 200+ page hardback tomes for $20+

Anyway, looking at a map of the trade show floor, it looks pretty sparse this year with companies like Konami, Bandai, Wizards and Upper Deck taking huge positions on the show room floor (about a 4 booth space each) Fantasy Flight also has a large presence and I always look forward to seeing what they will do next!


I wonder if an OSR booth isn't a missed opportunity.  I mean you would have to be a crass capitalist trying to sell a few hundred retailers, but once you get over that issue, it seems like a few of these efforts could come together and split a booth or two and really try to get their product out there at retail.  Retailers are here, distributors are here...and the games are??  Maybe when I finish my Collapse game and my Roguish RPG I'll buy a booth, have my lovely wife run it and then offer to sell space to other OSR guys who want their product shown/ sold? 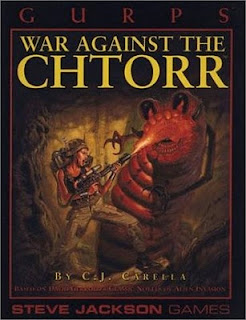 (Odd historical footnote for today, March 23rd: The U.S. Health Care bill is being signed into law today by our President, and it is also the anniversary of Patrick Henry's "Give me Liberty or Give Me Death" speech.)
Posted by Fenway5 at 8:42 AM 3 comments: 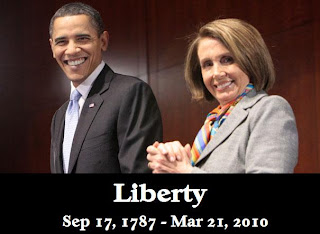 Liberty
1 : the quality or state of being free:
a : the power to do as one pleases
b : freedom from physical restraint
c : freedom from arbitrary or despotic control
d : the positive enjoyment of various social, political, or economic rights and privileges
e : the power of choice


"He would be only too happy to let you make your decisions for yourselves. But sometimes you might make the wrong decisions, comrades, and then where should we be?"
--George Orwell, Animal Farm 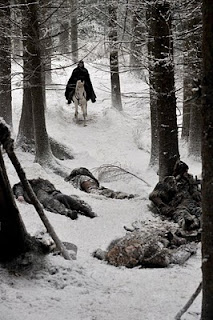 Well, in a manner of speaking it is as the picture is from the opening shot of the HBO adaptation of GRR Martin's Game of Thrones. (No worries fellow hardball fanatics, spring has definitely sprung...PLAY BALL!).

I have a love hate relationship with these books. In fact I started the first book multiple times and finally at some point I stuck it out and became hooked. There is much in GRRM's writing style I loathe (over much detail on clothing and food, the entire Daneyrs plot) and much that I really enjoy (political plots in Westeros, handling of the super natural elements, character building)that keeps me coming back.

I doubt very much he will ever finish the series. Much like Stephen King's random writing schedule on the gunslinger/ dark tower series, it may take a near fatal event to motivate him to focus and finish the damn series. GRRM is seemingly easily distracted into strange side roads or editing collections and what not, rather than finishing the Westeros tale he started. He has a lot of talent and is clearly a motivated writer, but for whatever reason the success of A Song of Ice and Fire series has become something of an unpleasant burden. For a fellow who writes so much, the books have to be split up into various releases, it would seem he could crank out 400 page books yearly instead of delivering 1000+ page tomes every 5 years. Regardless, I think much like Alice down the rabbit hole, he has discovered something quite strange and quite intimidating in size, and now isn't quite sure what to do with it or how to handle it.. Not sure the HBO series will help that or harm the series ever seeing a textual end, but its a gritty dark fantasy world and I look forward to it being brought to life on screen.

In the not that matters to anyone but me PS to this post:  One of my favorite actors (Sean Bean) plays Eddard Stark in the HBO adaptation of his GRRM series.  For whatever cosmic coincidence, Bean's played nearly every one of my all time favorite literary characters: Richard Sharpe, Boromir, Odysseus, and now Eddard Stark.  Outside of the possibility of his playing Beowulf, or a movie adaptation of the Odyssey where he can show more of his take on Odysseus than he did in TROY, he has pretty, much defined on film some of my all time favorite characters...what are the odds of that happening??  PSS Sean Bean, or Hollywood if you are reading-A real adaptation (true to the story) of the Odyssey would be huge especially following The Clash of the Titans relaunch this summer....OH and while you are finishing that, adapt "Eagle in the Snow" by Wallace Breem and put Sean in as General Maximus.  I only want 5 % of the gross door revenue for giving away such genius easy money ideas, you can thank me later.
Posted by Fenway5 at 11:23 AM 3 comments: