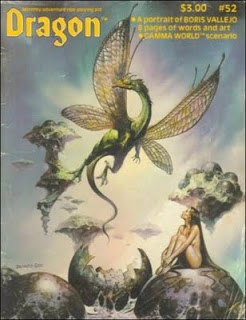 You can read the article uninterrupted in my previous post today. I have added my own commentary to the Moldvay self review of the 2nd edition D&D Basic Set. My comments are in italics.

Excellent commentary on the designer's notes, and looking back now, I agree. However, at the time, this edition always seemed to talk down to me--maybe because I didn't actually see it till a year or two after I received and figured out the Holmes set, and at the same time I started getting into AD&D.

@DS-Thanks! I do not believe my views nor experiences are the summary of D&D experiences by any means. Everyone came at the game from a different direction. It's part of the nature, and I think strength of the hobby.