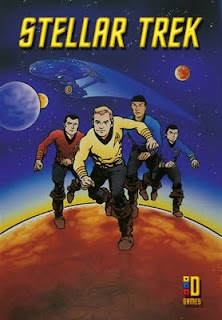 My mad scientist TREK mash up took a different turn this weekend.  While originally just revising a microlite (d20) based Trek game was the goal, I just can't help the fact I am not a fan of d20 gaming.  So I am taking the guts of Roguish (which is more TFT-ish) and mashing it up with the Microlite "where no man has gone before"

So its kind of a TFT inspired Star Trek in the making...I wish I had more time to work on it so I could just get it done asap but sadly I do not.

Please excuse the space dust...
Posted by Fenway5 at 11:34 AM No comments: 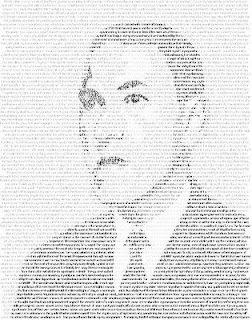 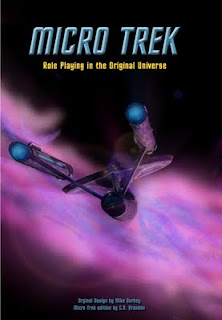 A few quick updates on the week that was:
1) I was at Comic Con a few days for work.  The show is crazy, but not as crazy as it once was.  I don't know I would say "on the decline" but certainly not what it was even a year or two ago.

2) Saw the new Captain America movie, it was better than I had hoped.  I loved Cap growing up and this was a good (if somewhat flawed) origin story.  Cap busting the Red Skull on the big screen is as great as I hoped it would be. It was just as the image on my favorite Cap sweatshirt I wore as a wee lad.

3) I am editing and compiling a new rules set based on Mike Berkey's Microlite "Where no man has gone before 2.0" rules set.  Has me busy but I think I'll be able to share it in a couple weeks.

Almost forgot-there is a group who creates web based Original Star Trek Episodes that are really damn good.  If you have not seen them, you are in for a treat.
Posted by Fenway5 at 7:05 AM 5 comments: 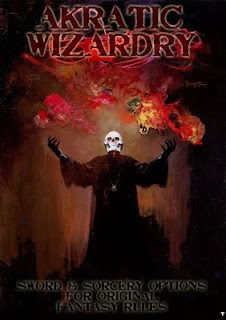 I read Shane Magnus' post regarding Crypts & Things play test and was intrigued. PS Shane i can't wait for YOUR rules to come out!

At the end he notes that the genesis of Crypts & Things was a series of rules posted by Akrasia on his Akratic Wizardry site.

So I went over checked it out and was even more inspired.  As a result I spent the next 4 hours throwing together a PDF book of these house rules, in 6x9 size, using the original text posted by Akrasia.  I added art, and now a couple bound editions with the cover shown left are on their way from Lulu to yours truly.

If you haven;t checked it out and you are a fan of S&S gaming I highly recommend it!
Posted by Fenway5 at 9:54 AM No comments: