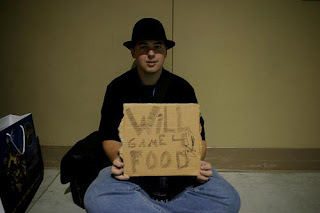 http://icv2.com/articles/news/20420.html
Four conclusions I will draw:

1) D&D 4th is done
2) D&D based boardgames are doing well
3) More D&D boardgames will continue to come out
4) A new D&D version will come, a new direction, and headed by different folks

I think a streamlined "old school" version that ties to board gaming seems likely.

If I were running it I would go back to a 3 step brand presentation for D&D using historical elements:

1) Basic D&D would be board game based like Dungeon: introduce character classes as game pieces, monster lexicon, and simple d20 systems.

2) Expert D&D would also be board game based like HeroQuest and Ravenloft. Now get into BASIC character creation and adventure creation, add the notion of different dice doing different things.

3) Advanced D&D is a full blown RPG building on each of the previous steps.

If you have read and followed my missives before this, you saw it coming, if not? Well why not?
Posted by Fenway5 at 4:59 PM 7 comments:

Out of the pocket and into peril!

Mike over at Swords and Dorkery (LOVE the blog name) has had his players going through part of a Pocket Full of Peril #5. I like that he is using them the way I intended, just tossing them in when (or where) they fit and changing, adding, or mixing to fit his own stuff.

They fit on note card and are perfect as a sort of DM crib sheet adventure.  Head over and see his report.  When I get a break from designing Rogue Space stuff, I will have to make another couple Pockets full of Peril.
Posted by Fenway5 at 5:54 PM No comments: 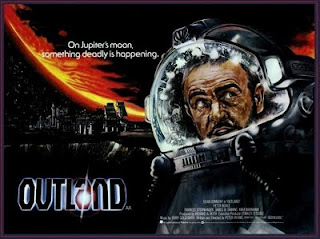 In the distant future, a police marshal stationed at a remote mining colony on the Jupiter moon of Io uncovers a drug-smuggling conspiracy, and gets no help from the populace when he later finds himself marked for murder.

1981's OUTLAND, staring a shotgun toting Sean Connery, is the movie that most defines my vision of the RPG Traveller.  It's gritty sci-fi feel, has enough common touches to not seem overly fantastic.

Yes you are on Jupiter's moon Io, but its a mining station, and the company is concerned about production and profit.  To that end an unscrupulous manager has narcotics smuggled in which make people work like a horse-but they go crazy after about 11 months.

Into this Sean Connery comes in and has to decide if he will play along or buck the system.  Alternately part western, and part sci-fi, it never strays into the space fantasy of most sci-fi films.  Outland is more Blade Runner than Buck Rogers in its dealing with sci-fi, and is an underrated classic in my opinion.  Having just seen it again this Friday, it still holds up well and frankly could be remade easily.

I never liked the "royals in space" conceit of Traveller and Outland fit more how I saw the Traveller Universe: more advanced with space travel, but still the same human problems and issues.  In fact one of the reasons I loved history all my life is regardless of the tools and civilization man develops, the one unchanging constant throughout is man.  Stone, spear, sword, sabre, shotgun, or stun rifle the hand holding the evolving technology remains unchanging.  Outland reflected that idea brilliantly, and in a sci-fi setting it shaped and reflected how I played and viewed Traveller.

Give it a watch and see if you see what I see. 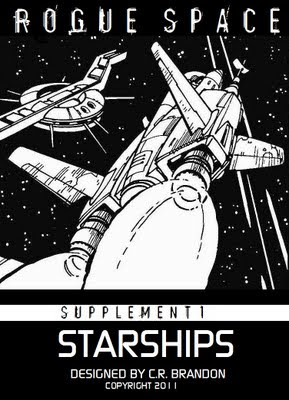 With much struggle its finally done...in 8 page pocket format glory! See it on my Rogue Space site!
Posted by Fenway5 at 4:33 PM No comments:

I attended college in Portland in the early 90's.  I still love visiting the city, the public library, Powell's books, catching a Winterhawks game, and exploring all the beers.  IFC runs a show called PORTLANDIA that skewers the city quite well, and in the best way possible.  To give you a peak at Portland's vibe see the great clip below. 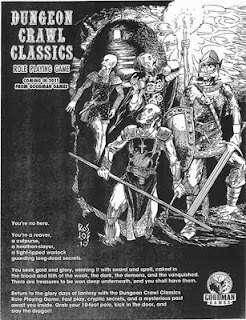 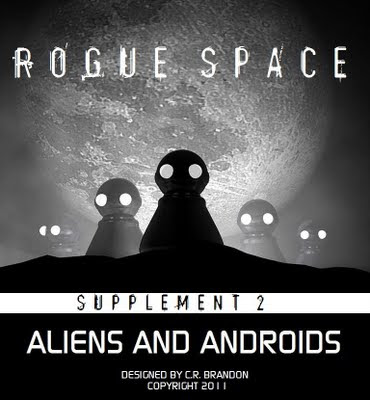 Download this for Rogue Space free!
Posted by Fenway5 at 11:47 AM No comments: