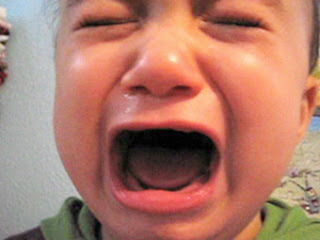 WotC pulled their PDF's from the web...SO WHAT? The grumblings and consternation flooding the web are childish, selfish and ridiculous.

This stuff was available on the web for purchase for a long time. If you waited and by your laziness did not get whatever you suddenly HAD TO HAVE, blame yourself-not WotC! No company owes you to publish, or even let you have access to their stuff via PDF. You can now buy them second hand at a crazy price now or download bootleg copies which will now flood the web.

When did you suddenly become entitled to a companies back catalog? Having had access for quite some time now, why did you wait so long to get what you suddenly could not live or game without? I understand the "hey I bought it and had 4 downloads left now they took them all away I've been robbed!" line of thought. In a manner of speaking yes that is a pisser, yet I believe certain sites are giving you one last access to previously purchased titles. So problem solved, do your downloads and move on.

WotC does not owe anyone the ability to purchase their products via PDF. If you failed to get what you wanted while it was available, that is YOUR fault and YOUR mistake. No one else is to blame. Take responsibility for it, suck it up, learn the lesson and don;t make it again!

Now get out there and game man! Your own stuff you make is far better than the off the shelf stuff anyway brother!
Posted by Fenway5 at 7:34 PM No comments:

Afluenza in Fantasy: The Trump Theory of Gaming

I don't think I will spoil the secret to say I am a fan of what would be thought of as low level in gaming in D&D. Much of this stems from my love of literature like Conan, The Black Company, Song of Ice & Fire series, The First Law series by Abercrombie, and really from being a historian.

SO the prism I view my gaming through is gritty and deadly. Magic plays a part as do magical items, but they are necessarily rare and more likely to have some sort of ability than simply be a +5 Ogre slayer. After all sting simply glowed blue when goblins were about, and it was a very treasured item.

When I think of the some of the greatest warriors of all time in our own history: Henry V, Henry III, Richard the Lionheart, Saladin, Caesar, Hannibal, Scipio Africanus, Leonidas, Alexander, Genghis Khan, Nobunaga, and countless others...a single sword thrust would kill them just as quickly as it would me. Caesar was not a level 20 Cavalier with 250 HP able to laugh at dagger thrust after dagger thrust on the floor of the Roman senate after all.

Recently I can across an article in Dragon Magazine VOL I, Iss 5 which showed that one of the greatest wizards of all literature...would be 5th level Magic User at best under D&D rules. Yes, Gandalf is a 5th level Magic User. The author went through Gandalf's every use of magic in The Hobbit, and the Ring Trilogy, to discover that at best Gandalf is level 5.

So what does that say about D&D? I would argue that it shows the gross excess of power creep and over abundance of magic in the game. That sort of excess leads to a a never ending cycle of acquiring more, and it never satisfying.

Let me illustrate my point in a couple ways. First from Film:

The movie ALIEN is a masterpiece in my opinion. One deadly creature wreaks havoc on a group trapped in a ship. They had to create weapons and find a way to kill it. The terror in that one creature is exciting and visceral.

The sequel ALIENS ups the ante even more! If one is scary, an army must be exponentially more scary right? So how do we kill an horde of ALIENS? We send in the MARINES! Give'em machine guns, grenade launchers, shotguns, flame throwers and APC and rain carnage on those bugs. So the one ALIEN that wiped out a whole crew now became a creepy, but manageable target to be killed. By removing the threat level of the ALIEN by increasing the power of the characters, they needed to come up with a bigger bad guy! It required the creation of the QUEEN to really bring the terror again. So we went back to one creature being the ultimate terror.

After that, I'd argue it was game over man, game over! The franchise went from 0-100 in the span of 2 films. After that, they tried going backwards and taking away the fire power to make the individual ALIENS scary again, but that sucked. After that no one cared really. All the magic in the series was spent.

So now let's look at an example form real life. Most of us have had more than a few nights out with the boys. Beer after beer, shot after shot, until you find your self home with no real idea how you got there and about $100 bucks the poorer. You probably can;t recall one great drink from that whole night, and in fact may vow never to drink again.

Compare that experience to having a beer after doing yard work, or a beer and a hot dog at the ball park. That one beer tastes better and is perfect. Another 6 or 7 on top makes it meaningless.

So the same moderation with regards to magic and the magical in game worlds should be applied. The less magic in the world or available to players, the more magical it really becomes.

AS I work on my own RPG, I hope to impart that idea to players and referees. By creating creative and hard won magic items, they truly become treasured items. When any fool can stumble into a dark hole and come up with a magic sword, scroll, shield, ring, potion, or wand, one has to wonder why everyone isn't doing it and why would anyone bother to guard such common place items?

To keep the threat of violence a dangerous prospect for characters is an important part of the referees job. A goblin with a spear should be a threat. It may become a minor one, but the threat should never simply disappear. Controlling the amount of magic in your campaign will go a long ways towards keeping the danger real, and the magic alive when you play.
Posted by Fenway5 at 12:05 PM No comments: